I have been generally interested in the idea of passive income and investing for a very long time and I have been saving money since I can remember. But I haven’t really done much investing until 2018, when I stumbled upon Mr Money mustache and ideas of Financial Independence Retire Early (FIRE). I got hooked up on the idea and started my FIRE journey.

The recipe for FIRE is simple, but it’s not necessarily easy!

You can read more about the math behind it here.

So why did I get hooked and committed to be on this difficult path of a miser? 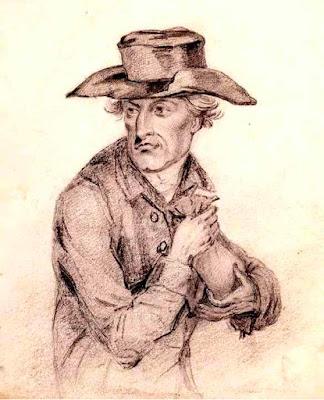 “Miser: a person who hoards wealth and spends as little money as possible.” source

Here are my main motivations:

My strong need for financial security#

When I was a child, my parents’ financial situation wasn’t great and that left me with a strong need for financial security.

I remember when I was frustrated with my parents finances. It wasn’t just that they wouldn’t buy me fancy gifts. There were many small things. For example when I would suggest that we should use olive oil instead of sunflower oil for frying, because it’s healthier, my mum would get very worked up and say “olive oil is too expensive”. Or I would be told that I couldn’t have tomatoes on a cheese sandwich, because the family couldn’t afford tomatoes in the winter. We would have to wait for them to grow in the garden.

However, I could go to a great school in a bigger city, even though that required that I would have to rent a room there. Later they would also support me during my first years of university (which is relatively cheap in Poland). My parents prioritized that even if that meant that they had to be very frugal or even go into debt at times.

My parents are farmers and they generally had poor luck over the years. Their income would be ruined by drought, hail, tree damage due to freezing or if everything worked out with the weather the poor price would force them to sell at a cost of production. This caused my family immense amounts of stress and feeling of hopelessness. I was affected by this, but after a couple of years of repeated disasters I just learned to not get frustrated personally. My parents also had other businesses over the years, like the store in a village that burned down (most likely due to arson) and other plant based ventures that would often work out for a short term, but later become unprofitable.

I vividly remember when I asked my parents after another unsuccessful season, why don’t you let it go and try something else? I heard that they couldn’t stop, because they needed to provide for me and for my brother.

My parents were stuck in a thing that didn’t work well. They are still doing it, however my mom has picked a side job that she does on and off. Which helped them be afloat.

I believe that my parents could be very successful financially and in life generally if they could have regrouped and pick some other path. Which brings me to the next point.

I am currently very well paid. The fact that I am in a high paying profession is not an accident.

When I was growing up, I heard “don’t become a farmer, it’s not profitable, choose something else”, when I was spending hours practicing drawing I would hear: “don’t become an artist, we don’t want to have to support you forever, pick a well paying job”.

Choosing your path is very hard. I was always good at math and science and I developed an intense interest in physics. I decided to study applied physics without thinking too much about potential earnings (at least I wouldn’t be a poor artist!). To become a successful physicist, you need to study for a long time. Starting with bachelors, master and then continuing with PhD. It can easily take 9-10 years and during that time the earning prospects are rather small. After phd the well paying jobs are also rather scarce. At least that is the situation in Poland. Not sure about elsewhere, but it appears similar.

In the end I abandoned the career as a physicist and changed to software engineering. I made the switch before I finished my bachelors degree. I got into this field at first, because it was a great way of earning money during the summer. I needed the money because I didn’t want to be forced to stay in my parents’ village during the summer. I got a pretty good internship after studying just for a year. I actually didn’t like it that much at first. I did however love my first paychecks and programming on its own. Later I picked some freelancing and later worked part time during the university year and in the meantime I got disillusioned with the career as a physicist. Software engineering was less ambitious (no nobel prizes for me anytime soon!), but relatively fun and very stable.

I have however a strong creative and entrepreneurial drive. I am excited by an idea of creating stuff from nothing, starting a business, writing, sharing, building products. I’ve been saying that I want to start my own software business since I was 21. But I have also been very cautious and craved financial stability. My initial plan was to save 50k PLN (11k euro) and start. This plan has been interrupted by my move to Ireland, where I got a job offer at an exciting big tech company.

I’ve been working there for more than 5 years now. Do I love my job? Sometimes I feel like I would be willing to pay to work on what I work on, with the people I work with. I feel my work is very valuable. However, sometimes it’s a dread, often it’s stressful, at times I feel like I would just prefer to do something else. It’s not ideal, but it’s pretty good. However it challenges me and I grow as a person and I have some interesting opportunities still ahead of me. I also continue to earn great bucks and get closer to my financial independence goal every year.

In my free time though I work on many side projects and I try to create a path for myself to at some point start some venture.

So far my motivations for FIRE were mostly focused on the independence part. But FIRE has also the Retire Early part. I am not interested in stopping working completely and not doing anything. It’s actually the opposite, I want to contribute meaningfully, make other people’s life better, and create cool stuff.

However I also want to have time to relax and have all sorts of adventures. One of my passions is climbing and I would like to spend as much time on it as my body can handle or until I’m bored of it. I don’t want to wait until I am old and sick to enjoy my freedom, do sports and travel around the world. I want to do it when I can really enjoy it.

I guess I believe that nothing is really guaranteed. On one hand I could be still healthy in my nineties, but on the other hand I could also die in the next couple years or become disabled. I don’t want to live a deferred life for decades. And even while I’m on my path to financial independence which requires some sacrifice, I try to strive for balance and make time for the things I enjoy.

I deeply care about FIRE because I want to be financially safe and free. I want to be able to be bold, do things I want to do, not the the things that will guarantee me safe paychecks. And I want to enjoy my youth on my terms. I don’t want to wait for 40-50 more years for the possibility of the pension.

On the other hand I don’t care much about luxurious stuff. Yes, a big house would be nice, I could fit all sorts of equipment for my hobbies and so on, but I would always choose freedom over luxuries.